Retail is back! Goldman’s report on ICSC RECon Las Vegas 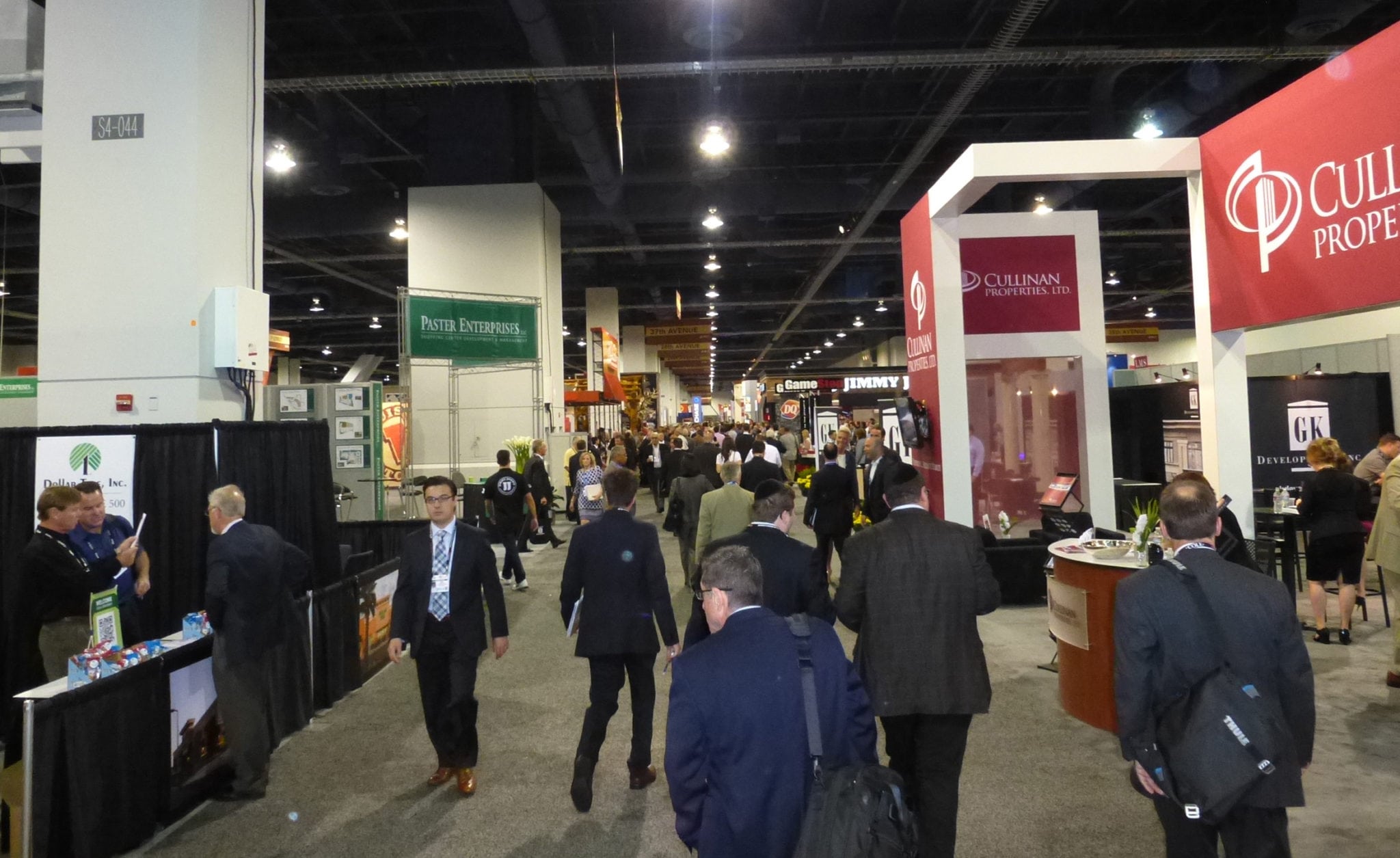 A busy Monday at ICSC

I worked the ICSC RECon (Real Estate Convention) in Las Vegas May 20-21 and it was very productive.

For starters, it was the busiest show in many years, with overall attendance hitting a post-recession high of 35,000!    That many retailers, developers and agents are spending the money to attend because they’re ready to get back to business and face-to-face is the best way to trade information and build relationships.

RECon is one of the largest conventions in North America and is the largest gathering of retail real estate professionals in the world. It encompass nearly 1 million square feet.

The “Leasing Mall” area features 1,000 of the world’s leading owners, developers, retailers, brokers, economic development agencies and municipalities as well as financial institutions and lenders.  And they are all there to network and conduct business.

And network we did!  I attend RECon to pitch our client’s retail properties to both the retailers (end-users) who might place a store on a site as well as to developers (build-to-suit or strip center developers) who might buy our site to build a store for  one or more of the retailers that they are working with.

Real Estate Speed Dating.  Some of our time is spent doing real estate speed dating!  We get about 3 minutes with the real estate director for our area who tells us about the specific areas where he wants to place a store, and we use flyers and data on our iPads to show him our sites that might meet his needs.

Other sessions are pre-scheduled  meetings where we are given more time to present a property in detail and to discuss the market, other developments, traffic patterns and road projects that might affect a new store.

Folks from home were there, too.  At least 74 retail developers, agents economic development officials from the Knoxville area attended the convention.  We caught up with the Mayor of the Town of Farragut, Dr. Ralph McGill and Jim Nixon.

I also ran into quite a few other friends from back home including Joe Rayfield and the rest of the team from Horne Properties, Oliver Smith IV, Tony Cappiello, John Turley, the whole gang from Tim Graham’s firm, agents Brian Tapp and Trey Miller and a team of folks representing the city of Oak Ridge.

The 2013 ICSC RECon show was the most exciting in many years.  The consensus from both the press and us was that retail is really coming back strong with years of pent-up demand.  I am glad I attended to present my client’s properties and try to get them sold!

And Tuesday night, exhausted, I was glad to catch the Las Vegas monorail to begin my trek back home!