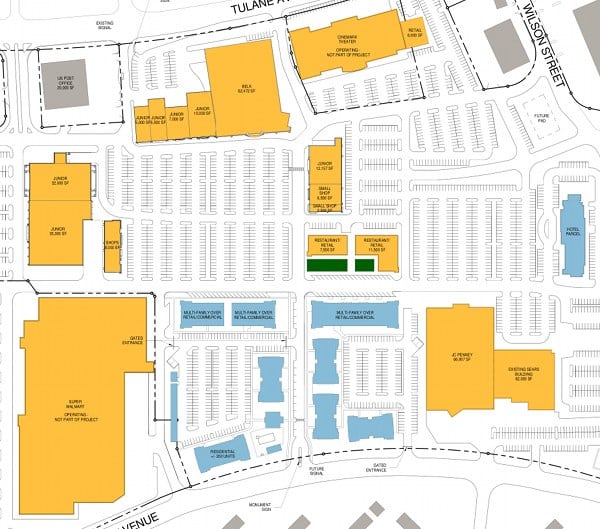 Been wondering what’s happening with Oak Ridge Main Street, the most eagerly anticipated project of the last decade?

The 58-acre, $80M development will take the place of the existing, and mostly abandoned, Oak Ridge City Center.

Oak Ridge Mayor Warren Gooch says groundbreaking and demolition of the old mall are on schedule to begin June 30. Here are some other highlights:

The Downtown Shopping Center opened in 1955.

Crosland Southeast, the developer of Oak Ridge Main Street, says the site will include 225,000 sq ft of national retail anchors, shops and restaurants, 150 multifamily residences, a Class-A office building and a hotel.

The U.S. Atomic Energy Commission selected the site in 1951 to give Oak Ridgers a permanent shopping center in the years following World War II. The Downtown Shopping Center opened in 1955 and was considered a replacement for the former “townsite” area around Jackson Square. (Though as an Oak Ridge local, I hope nothing ever replaces Jackson Square’s Big Ed’s!)

The new mall is on target for a grand opening in October 2016.