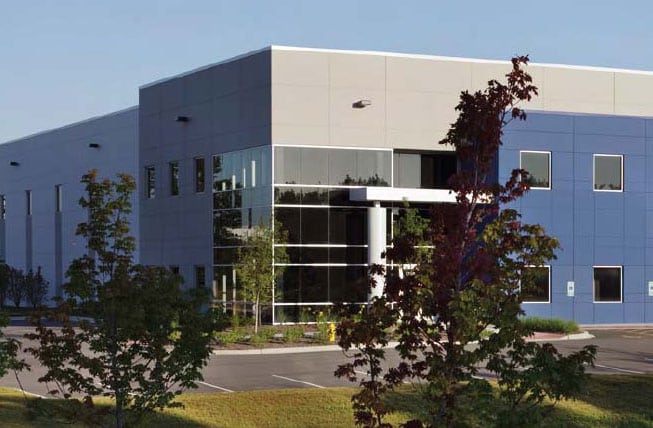 CHICAGO—The demand for the Chicago area’s newer industrial properties has increased so much that investors have begun assuming more risk by snapping up vacant buildings. EnTrust Realty Advisors, LLC, an affiliate of The Alter Group, for example, just sold 1660 Wall Street, a recently built 108,732-square-foot warehouse and distribution building in suburban Mt. Prospect, to KTR Capital Partners, a New York-based real estate private equity fund manager that specializes in industrial property. The warehouse was finished in 2009 but remained vacant.

“The property was developed at the bottom of the recession,” says James I. Clark III, the managing principal of EnTrust. But the demand for core industrial properties began to pick up as the area’s economy started to revive. “It now makes sense for investors to buy even if they have to assume a leasing risk. We’ve seen that demand picking up in the last six months.”

1660 Wall Street was built as part of The Alter Group’s Lake Center Corporate Park and sits near the intersection of Algonquin Rd. and Elmhurst Rd. just minutes from O’Hare International Airport. It was designed to appeal to major corporations and third-party logistics providers and features 30’ clear ceilings, 19 exterior truck docks, two drive-in doors, and 16 trailer parking stalls. Clark says the location and modern amenities eased whatever fears the new owners had about finding tenants. The O’Hare submarket has “a lot of older product that does not have the same ceiling heights and access.”

Clark adds that Chicago’s current market reminds him of the Inland Empire in 2005 or 2006, another market where demand outstripped supply. “We had several groups who were interested in buying this property even without a tenant. They were coming to us. And as long as the demand remains where it is, I think you’re going to continue to see investors, especially institutional investors, willing to take on that risk,” Clark adds. “Especially in Chicago, where there is just not a lot of new product. If you have a good product without a tenant, an investor will snap it up.”