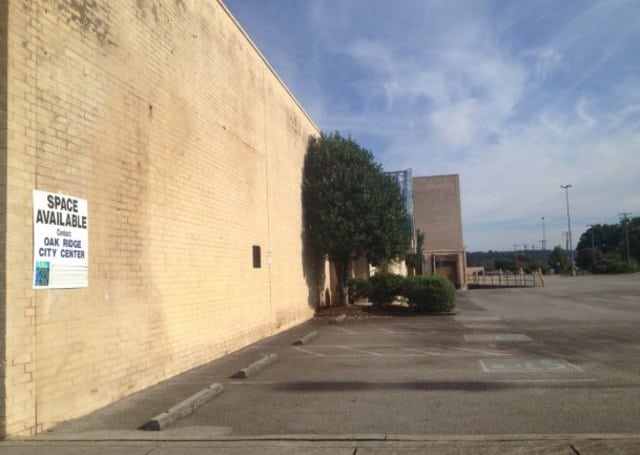 OAK RIDGE — Revamping Oak Ridge Mall — which would include tearing down all of the common areas and leaving the remaining anchor stores as free-standing businesses would be an $80 million venture, according to a news release today from the would-be developers.

Crosland Southeast, a North Carolina development firm with a track record for turning around troubled real estate projects, laid out some of its plans and indicated it will be seeking Tax Increment Financing for some of the work.

The overhaul would create almost 1,000 new jobs and boost city and county property tax revenue by more than $2 million, according to estimates by Ray Evans, the city’s contracted economic development adviser.

Plans for the mall, now all but abandoned with JCPenney and Belk stores the only current tenants, include office and retail space, leased residential units and a hotel.

Details of the proposal will be discussed in a series of meetings today through Friday.

Crossland Southeast will be seeking approval of Tax Increment Financing or a TIF, to underwrite some of the work, including the teardown of the mall’s common areas. The developers are expected to seek as much as $10 million in TIF support.

With a TIF, those public improvements would be repaid through increased property tax revenue from the redevelopment. The company in its news release stated that TIF financing “will put no public dollars at risk”

Evans in the news release states the proposal “requires the developer to assume all the financial risk.”

Crosland Southeast, based in Charlotte, in February announced it had signed an intent to buy the troubled mall from current owners Oak Ridge City Center LLC.

Chattanooga businessman Steve Arnsdorff is a member of that entity and he purchased the mall property in 2003 from Crown American for $6 million.

Efforts to jump-start redevelopment of the mall have repeatedly floundered, and Arnsdorff and his partners put it on the market.

Local officials expressed optimism in a long-awaited revival of the mall property.

“Crosland brings credibility and experience to the table,” Mayor Tom Beehan said, “and we look forward to working with them to create a more vibrant ‘center city’ for Oak Ridge.”

This article first appeared in the Knoxville News Sentinel