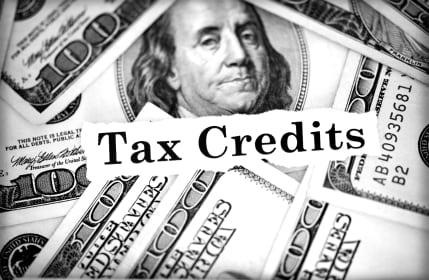 NASHVILLE — The Tennessee Housing Development Agency has eliminated a controversial aspect of its system for awarding tax credits and instead will make decisions based on a score assigned to each of the state’s 95 counties based on its need for low-income housing.

The THDA board approved the change last week following criticism of the tax credit program from House Democratic Caucus Chairman Mike Turner. Mike Blade, director of THDA’s multifamily development division, said it had been in the works for months and was discussed at THDA’s July board meeting, though a decision was postponed until the September meeting.

Turner, citing two East Tennessee projects approved earlier this year, contended the present system “encourages people, if not to cheat, to at least push the envelope to the very edge.”

In recent years, Tennessee has been receiving about $14 million in annual federal corporate tax credits for allocation by THDA to low-income housing. The credits are almost the equivalent of cash, typically sold — perhaps for around 85 cents on the dollar — by developers who win them.

THDA bases its decisions on the score assigned a proposed project’s Qualified Application Plan. Under the system used for the past five years, part of that score is determined by “essential services” or “amenities” that would be available nearby to residents of the project.

Turner’s leading example of questionable activity in the system was the Anderson Hall Apartments project in Clinton, which earlier this year was granted 10 years of tax credits at about $661,000 per year. The project received a perfect score of 297 on its QAP, but the lawmaker said there appeared to be “fraud” in the developer getting points for having a “community center,” a public library, a public park and post office located nearby.

In all those cases, he said, the facilities cited were actually private and thus not open to potential residents of the project. The post office, for example, is actually a company’s mail distribution center and the library is a book collection and reading room maintained by a nonprofit organization for the children it serves.

THDA Executive Director Ralph Perrey said in an interview that developers facing “intense competition” for the tax credits — just 23 projects were approved this year out of 119 applications — on occasion “stretch things” to win a few points that can be the difference between approval and rejection. With its limited staff, THDA cannot check each amenity listed on all the applications, he said, and losing developers then are angry or — in at least one pending case — threaten or bring lawsuits.

Blade said the current system “just made for a lot of controversy” and put THDA staff in the position of making “a lot of definitional decisions that were not always accepted by the developers|” on what is, or is not, accurately depicted on an application as an acceptable amenity, such as a community center. A developer disagreeing with the THDA staff decision could appeal to the board’s Tax Credit Committee.

One group doing so this year was Lawler Wood Housing, which listed a Bristol branch library as qualifying for points both as library and as a community center. THDA staff said it was a library, but not a community center. The Tax Credit Committee overruled the staff and said the facility warranted points for both.

The new system scraps the whole idea of amenities or essential services being scored and instead goes to a “county needs” system used in some other states and previously used in Tennessee, before the adoption of the “essential services” scoring.

Under the THDA board decision for 2014 QAP filings, each of Tennessee’s counties will be assigned a score based on the need for public housing within the county. The scores for each county under that system will be announced at a “Tennessee Housing Summit” in the coming week, said Patricia Smith, spokeswoman for THDA.

The “county needs” score will then become part of the overall QAP process for deciding which projects win approval in 2014. That system raises the possibility of disputes based on geographic jealousy, Perrey acknowledged in an earlier interview, and it may only serve as a stopgap pending development over the coming months of a clarified system of definitions in the future of what qualifies as a listed amenity or essential service. That, said Blake, will “hopefully be more objective.”

Phil Lawson, president of Lawler Wood Housing, said in an interview that his company competes for low-income housing credits in 10 states and there are advantages and disadvantages to both the “county needs” system and the “essential services” system. He characterized the disagreement over the company’s dispute with THDA staff over granting dual points to the Bristol branch library as a legitimate argument that was resolved appropriately and voiced a mild preference for the “essential services approach.”

It is a “bit of a mystery,” Lawson said, how the “county needs” ratings criteria were developed — a contrast to THDA otherwise having an open-to-the-public process in contrast to some other states. Arkansas’ housing agency, for example, simply announces approved projects with little or no explanation of how the decisions were made, he said.

“They’re doing the best they can,” Lawson said of THDA’s rating efforts.

Lawson also said he is certain that Mark Cate, who is Gov. Bill Haslam’s chief of staff and sits on the THDA board as the governor’s representative, had no involvement whatsoever in the decision in favor of Lawler Wood Housing’s application awarding dual credits to the company in the library case cited by Turner — an assertion previously made by David Smith, a spokesman for Cate and Haslam. Before going to work as Haslam’s 2010 campaign manager and subsequently with the governor’s administration, Cate worked for Lawler Wood, described on the Lawler Wood website as a “sister company” to Lawler Wood Housing.

THDA’s board also approved other changes to its low-income housing approval process at the recent board meeting.

Among them was a move to award points to developers based on past experience in developing projects that have succeeded in helping provide housing to people who need it. That move, Blade said, “basically rewards developers who have done good work and continue to do good work in the state of Tennessee.”

Turner was not available for comment on the THDA changes.